Fly Beyond,
Remember everything.

Our local expertise, sustainable approach, personalized itineraries and passion for Bhutan provides a journey like no other.

What makes you unique?

Druk Heritage Tours is the ultimate travel specialist if you are looking for an authentic Bhutanese experience where your entire holiday in Bhutan is planned & prepared for you as per your choice and interests.

Only 3 groups a month are accepted here – be it An adventurous Solo Traveller, Honeymoon couple getting to know each other, A Family coming together to celebrate or a Group of friends & colleagues looking for a good time.

Immerse yourself in our divine experiences, immersive paths and quiet contemplation in the most exquisite locations we have selected for you here.

All our clients so far have been like family to us, easy to plan with and take care of and they have experienced incredible results. All your travel arrangements are made by our unique professional team according to your personal wishes.

Apply now for your Ideal Getaway to Bhutan with your tailor made proposals.

Been disappointed with your previous trips, this is what you need – Let us show you! You will be thanking us at the end of your Journey.

What are you looking for on your trip to Bhutan?

The peaceful atmosphere, fresh unpolluted air, clean roads, and rivers are some of the first things that tourists feel and see when they are here in Bhutan. The small scale country offers more than just its untouched environment and beauty.

Bhutan is a country in south-central Asia located on the Himalayan’s eastern slopes. Bhutan, which had previously been a distant kingdom, became less isolated in the second part of the 20th century, and the pace of change began to intensify. Bhutan is commonly known as the land of thunder dragon or peaceful dragon. Bhutan achieved international fame in the 1970s with gross national happiness, a broad measure of overall well-being that prefers the more traditional statistic of gross domestic product, which only covers the production of goods and services, even those that make us unhapp

The peaceful atmosphere, fresh unpolluted air, clean roads, and rivers are some of the first things that tourists feel and see when they are here in Bhutan. The small scale country offers more than just its untouched environment and beauty.

PRACTICAL INFORMATION FOR TRAVELLERS TO BHUTAN DURING PANDEMIC

The small Himalayan Kingdom nestled between mighty China in the north and gigantic India in the south offers a heavenly destination, blended with the features of these countries. You will find different types of accommodation, and I bet most of them will pleasantly surprise you. Most hotels in Bhutan are designed with alpine wood making you feel cozy. They include locally-made Bukhari’ – a traditional wood burner that keeps the whole room warm. Hotels in Bhutan are located on mountainsides offering charming vistas so you can see a different world through the tiny window. 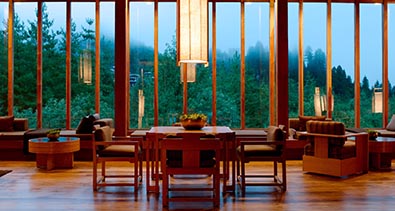 Aman hotels lie in the western and central parts of the country. Aman is a reputed hotel in the world. Aman Bhutan has a total of 5 luxury hotels scattered across Bhutan, all located in exotic locations. It is also known by the name Aman Kora. Each hotel is built with a unique design based on traditional styles. 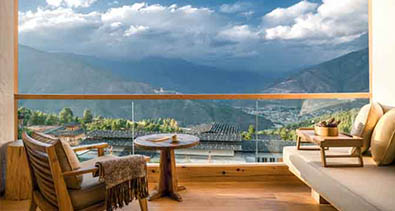 Six Senses Bhutan are 5 smaller lodges across the country that operate as one hotel. It offers an exciting journey through the world’s Last Shangri La. Most of these lodges are situated in stunning places allowing guests to experience different vegetation and landscapes. 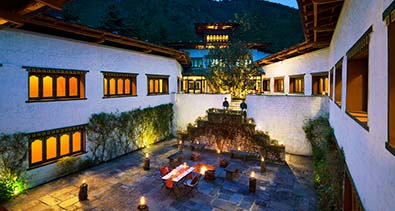 Uma resort in Paro and Punakha offers an exceptional style of Bhutanese cultural heritage. Uma is one of the exclusive hotels in Bhutan. It offers the most luxurious villas with scenic landscapes and vistas. 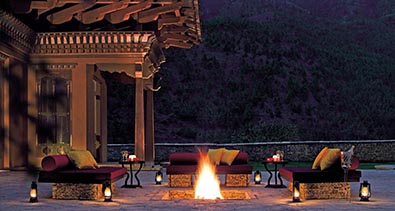 The magnificent Taj hotel in Thimphu is a 5star hotel nestled in the middle of Thimphu City. One can easily see hotel Taj for its marvelous design and popularity among the guests. The 5star hotel offers delightful Bhutanese Cuisine along with exotic Indian and European dishes. 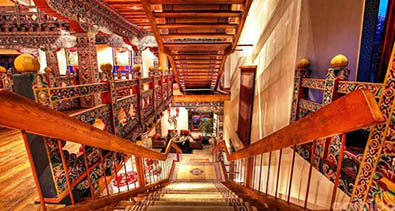 Zhiwa Ling Resort is set among the majestic mountain ranges outside Paro. The architectural design resembles the combination of ancient Bhutanese tradition and the 21st century modern world. The main lodges and cottages are carefully hand decorated with religious carvings. 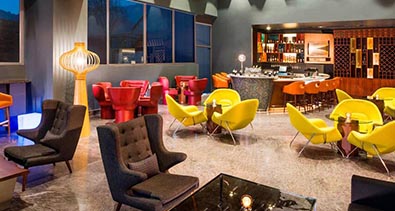 Le Meridien in Thimphu is located in the capital city of Bhutan. It is conveniently accessible to the most popular memorial chorten built in the memory of the Third King of Bhutan, King Jigme Dorji Wangchuck, also known as the father of modern Bhutan.

Why Should You Travel To Bhutan with Druk Heritage?

Druk Heritage is one the well known travel specialists in Bhutan. With over a decade of experience handling solo trips, private tours, and one-of-a-kind corporate meetings, you can be assured that we make the best recommendations based on your needs and interests.

While global tourism was halted during the pandemic, we trained our tour guides to implement safety protocols for all of our tour groups. Our guides are trained in safe travel management and will assist you in safely navigating all of Bhutan’s restrictions.

Itinerary Created Specifically For You

We understand that each traveler has special needs and interests, so we offer itinerary customization based on your preferences. Whether you’re a foodie, an adrenaline junkie, an adventurous soul, or simply looking for an adventure, let our Travel Specialists know and they’ll do their best to accommodate you.

Tour Guides and Chauffeurs with Years of Experience

The Druk Heritage Team is extremely knowledgeable about Bhutan. You may rely on our experts to handle anything from Bhutan’s vibrant heritage to pretty much anything.

Bhutan Tourism began in 1974, when the government of Bhutan opened its isolated country to the outside world in an effort to raise revenue and showcase Bhutan’s distinct culture and traditions to the outside world. Ever since the country implemented the strategy, The Kingdom of Bhutan received a total of 287 tourists in 1974. The number of tourists visiting Bhutan increased considerably from 2,850 in 1992 to 7,158 in 1999. Tourism generated almost $2 million in annual earnings by the late 1980s.

The Bhutanese government is well aware of the environmental impact tourists have on Bhutan’s distinctive and practically untouched terrain and culture, despite the fact that the country is open to foreign visitors, The country has put in place a policy of “high value, low volume” to prevent an influx of tourists. The policy was renamed as “High value, little impact” in 2008. During the peak season, a daily fee of USD$ 250 per person per day all inclusive is implemented and USD $200 for the lean season.

In October 1991, the Bhutan Tourism Corporation was privatized by the Bhutanese government, allowing private sector investment and activities to flourish. As a result, the country now has more than 960 approved tourist companies. All tourists (group or individual) must either join a pre-paid guided package tour or follow a custom-designed travel schedule. Tourists must book directly or through an overseas agency with a government-approved trip operator.

﻿Thimphu and Paro west are the two most prominent tourist destinations. Paro Taktsang also called “Tiger Nest ” is regarded as the most sacred monastery place that is mysterically built on the cliff 10,000 feet above the ground. The Buddhist Deity who introduced Buddhism to Bhutan meditated for 90 days inside the temple, combating the demons who inhabited the valley in order to disseminate Buddhism. The temple has been standing for nearly a thousand years, and it has survived two fires.

Royal Bhutan Airlines – Druk Air used to be Bhutan’s only airline to fly into Bhutan, but since then, Tashi Air – A Private Airline has begun to operate in the country. 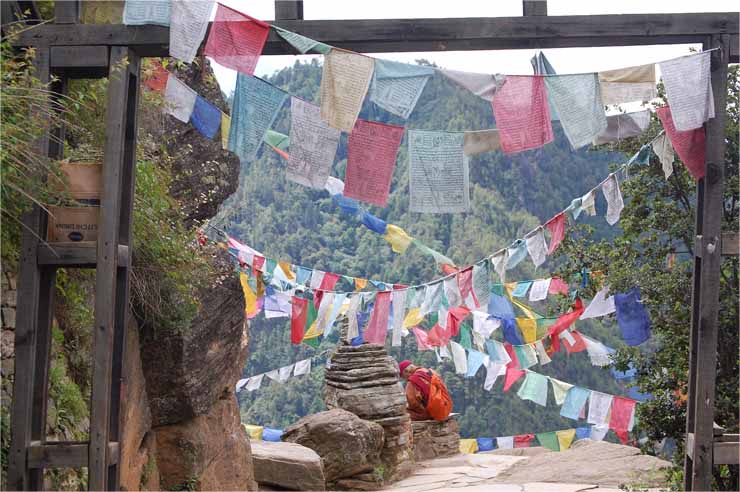 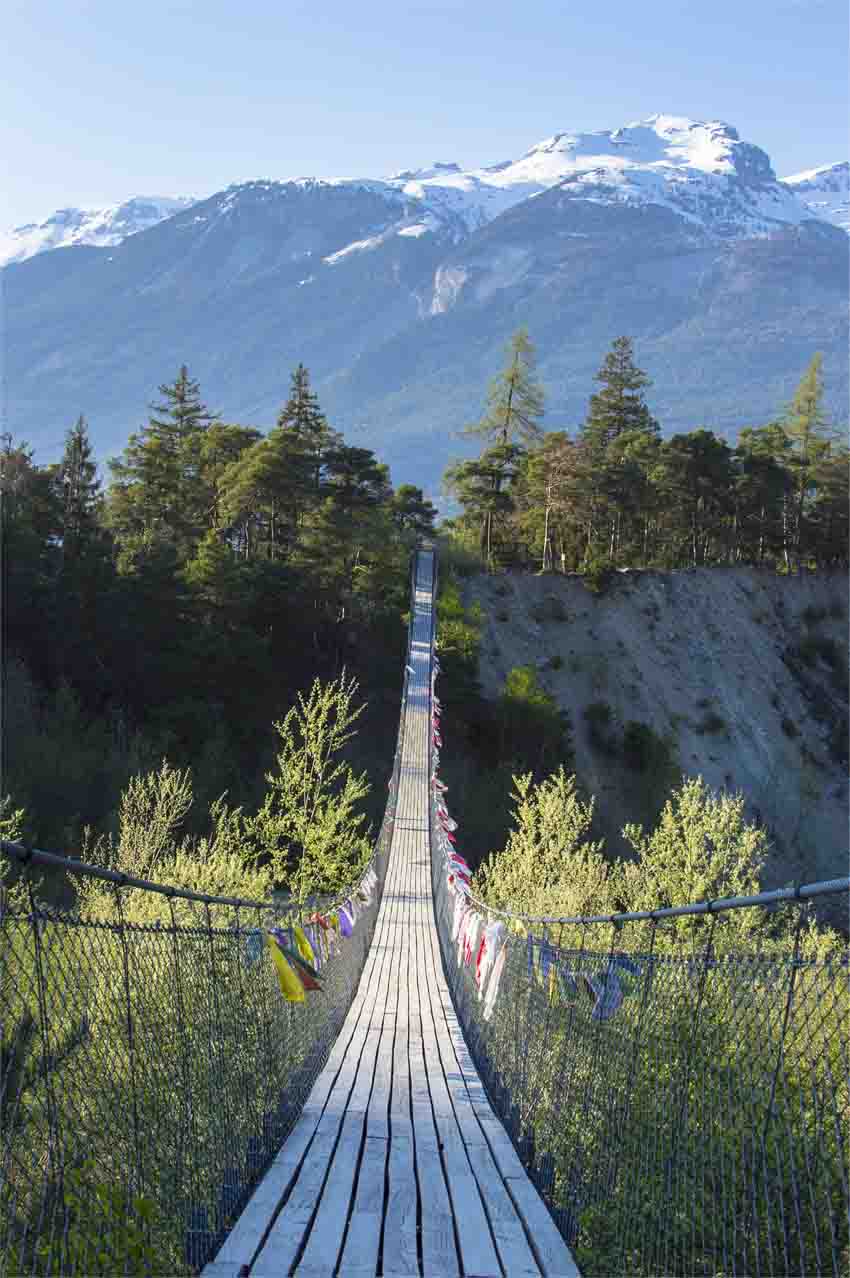 Chimi Dema
Verified
Druk Heritage is the best travel company in Bhutan I must say! The teams are highly trained and the hospitality is just unbelievable. Me and my family had some great experiences. I would like to thank the whole team for their best services

Kinley Zam
Verified
The best trip i have ever taken! Our tour operator was very helpful and exceeded our expectations in every way. Everything was just great!!

Tsering Dema
Verified
I recommend you Druk heritage tours which is one of the best travel agents you will ever find here. It will give you the best service during your stay. I bet, you gonna enjoy your holiday trip with a perfect destination with great hospitality! ❤

Jigme Wangmo
Verified
Druk heritage tours is one of the best travel agency that truly knows what you want, inorder to have a perfect holiday. They are responsive and gives you quality service.

Dinesh Ghalley
Verified
We were served well during our travel with Druk Heritage tours... Good service....the effort put by the team was magnificent and much appreciated. Traveling with Druk Heritage was memorable & 100% satisfaction. Looking forward for future tour with them. 😊😊😊

Karma Wangchuk
Verified
❤Professional... I Highly recommend you guys to visit Druk heritage website and get help for next tour ...it is One of the best travel tour I ever enjoyed...they provide excellent hospitality... I had amazing and wonderful time with member of Druk heritage. Thank you #DrukHeritagTour for your great 👍 time... 🙏🙏🙏

Kristen Brown
Verified
I booked my trip with Druk Heritage Tours twice. They are amazing, helpful, and very responsive and professional. 10/10. My family and I had an amazing tour of Bhutan. I recommend this agent 😄😄 See you soon!!

tshering yangden
Verified
Best travel partner you will find in Bhutan. Experience good hospitality and professional services with memorable experiences. The pilgrimage tour that i got to experience through Druk Heritage is affordable and unique. My grandparents loved the services. 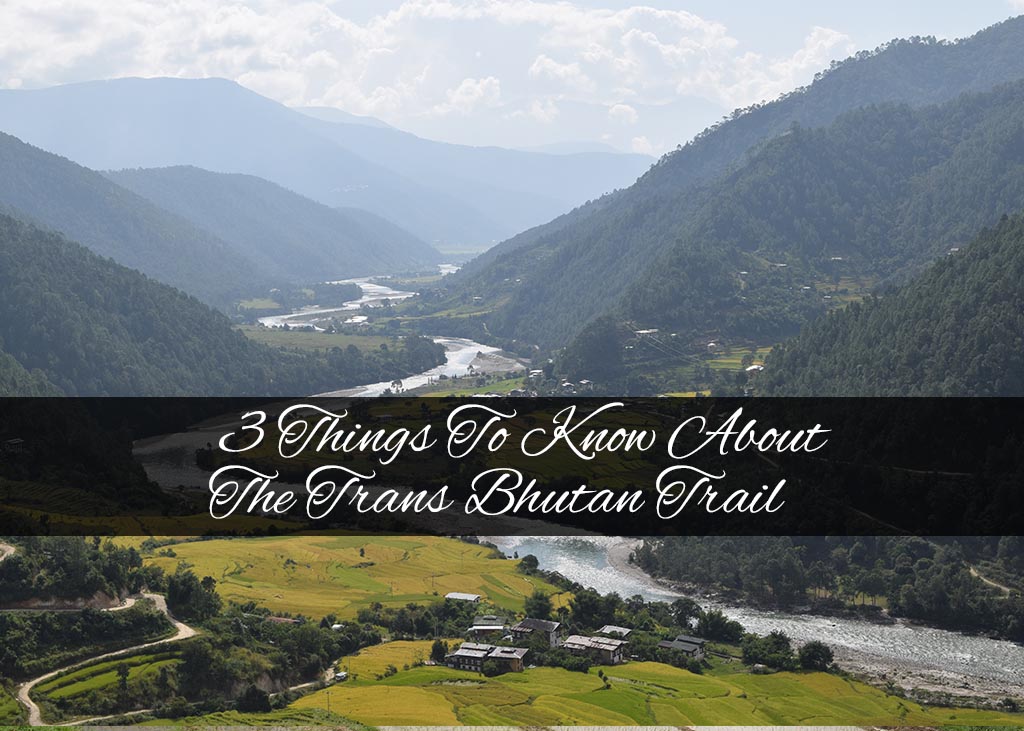 3 Things To Know About The Trans Bhutan Trail. 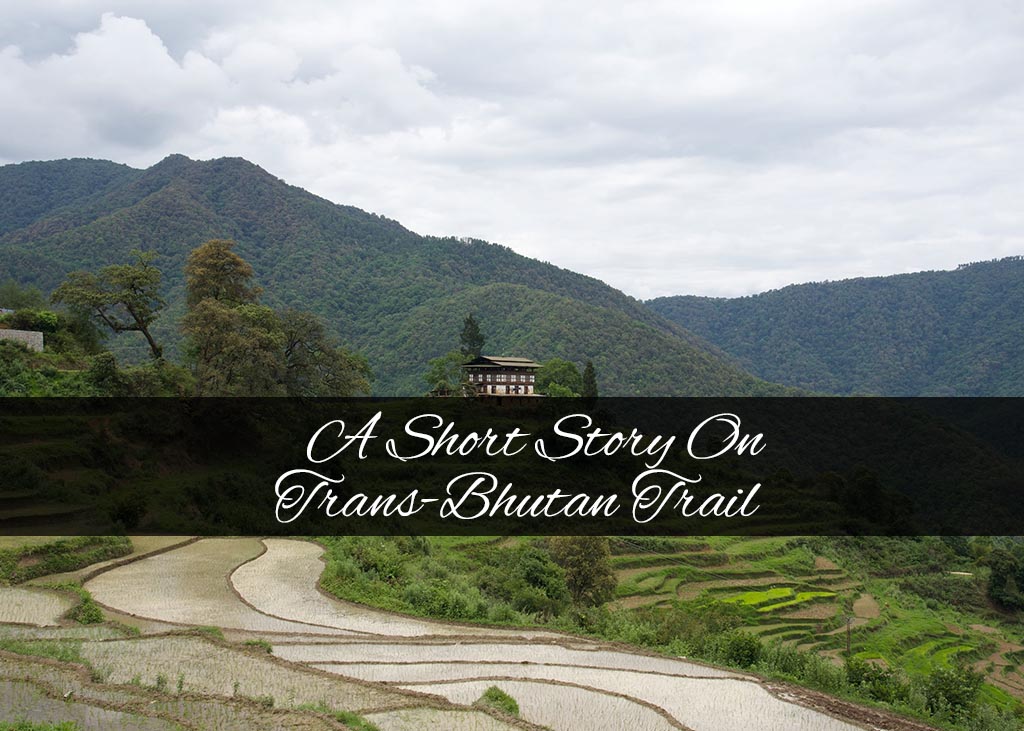 A Short Story On Trans-Bhutan Trail 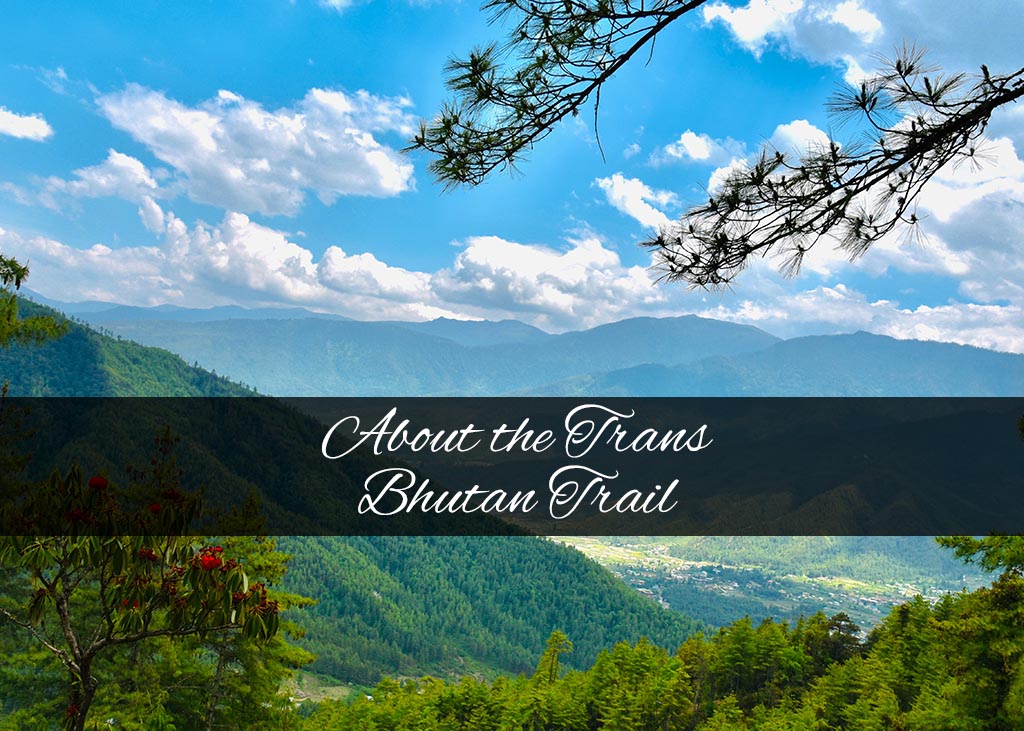 About the Trans Bhutan Trail 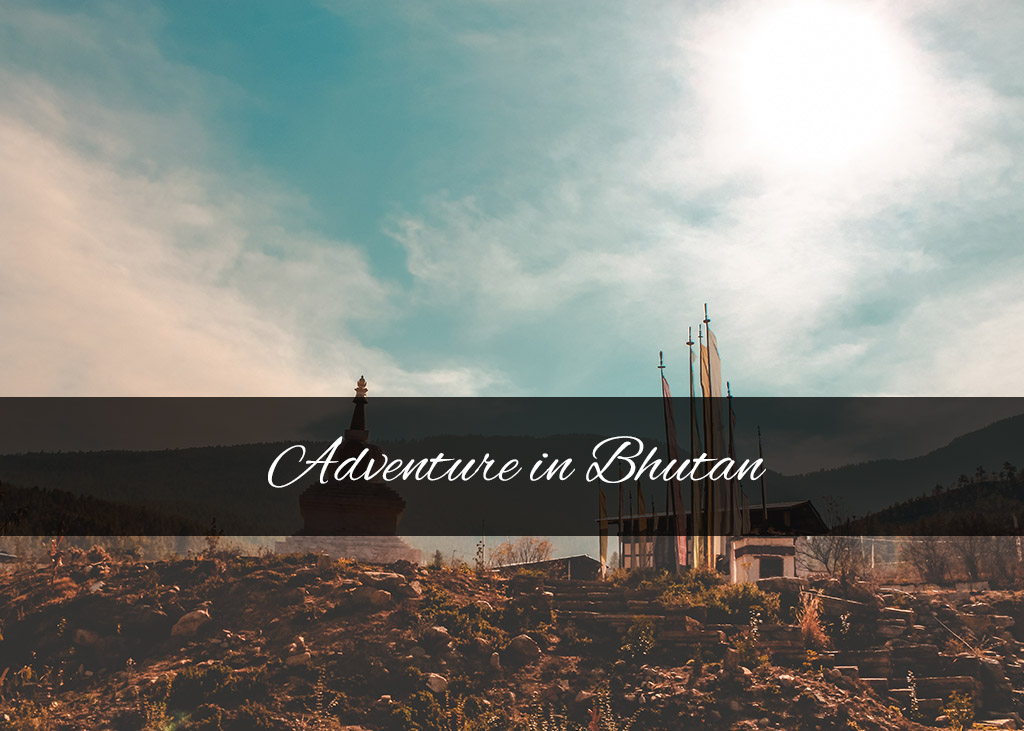 by drukheritageadmin
on Oct 8
Read more