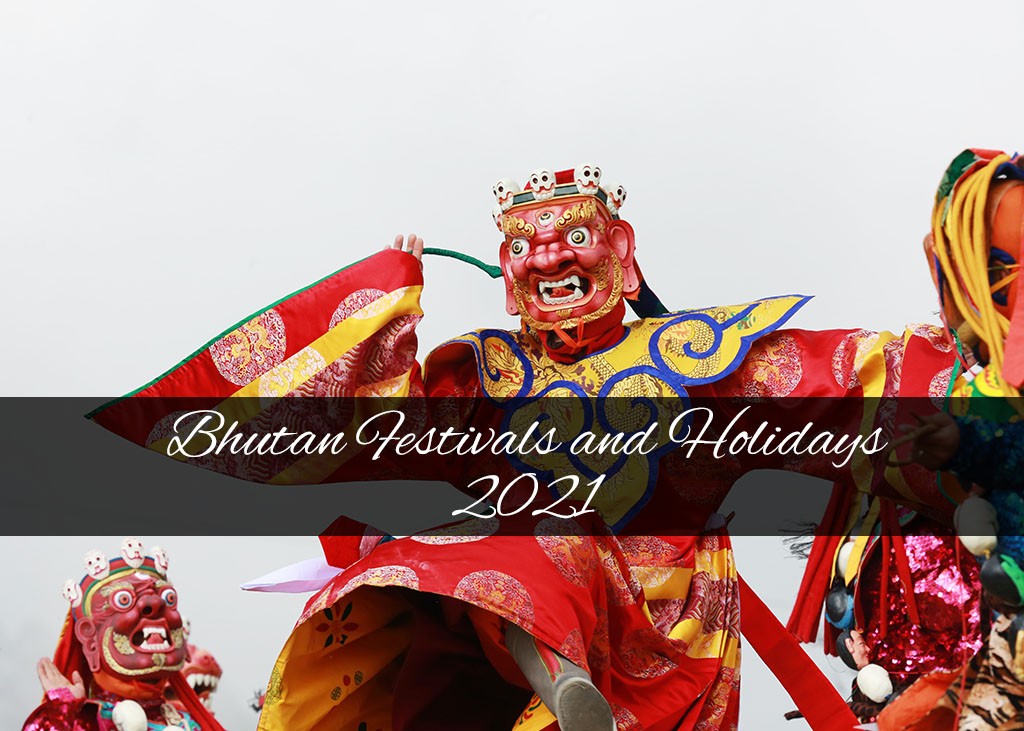 Bhutanese festivals and holidays are always based on Buddhist calendar events, and they take place throughout the year. They are festive festivities distinguished by masked and costumed dances performed by monks and villagers. The event lasts between two and four days. Traditional music and song, processions, archery trials, and other indigenous activities accompany these dances.

These customs are passed down from generation to generation and preserved well through celebrations. The main value of any festival in a Buddhist country is to thank the deities and pray for the well-being of all sentient creatures. Though Bhutan has many festivals and holidays, the most well-known are listed below.

Thimphu Tshechu, one of Bhutan’s most important festivals, begins on the 10th day of the eighth month of the Bhutanese lunar calendar. The Tshechu is a festival in celebration of Guru Rinpoche, the Indian saint who brought tantric Buddhism to Bhutan in the eighth century. Over the course of three days, monks and laypeople conduct mask dances in the open air. Thimphu Tshechu was established in 1867 by the 4th Desi, Gyalse Tenzin Rabgay. Every district in the country has its own Tshechu, which varies in length and date but always falls on the 10th day of the month on the Bhutanese calendar. For this tsechu, the holiday is only observed in Thimphu.

The Royal Highlander Festival, which takes place in Laya, is one of the most prominent tourist attractions in the Gasa Dzongkhag. It attracts visitors from all across the country. However, due to its location at 3800 meters above sea level, only a few people get a chance to attend. It was originally presented on October 16, 2016, to commemorate HRH the Gyalsey’s birth, zhabdrung Rinpoche’s 400th year, and Guru Rinpoche’s Rabjung (60-year cycle) birth year.

Layaps present a variety of cultural programs. There are competitions on highland animals such as Yaks, horses, and Mastiffs, as well as traditional songs and dances. The event features a variety of vendors that sell anything from local yak products to highland technology, highland agriculture technologies, medicinal herbs and plants, and more.

In Bhutan, the Rhododendron Festival is an exuberant event that celebrates the arrival of spring with full bloom flowers and lush green forest. We commemorate the spring season in Bhutan with the Rhododendron festival.

The three-day Rhododendron festival, which showcases diverse Rhododendron species in full bloom, was first held in 2013 as an event to commemorate the rare blossoms and promote eco-tourism. The festival’s major goal is to highlight the environment, culture, food, and entertainment of the local populations who coexist with these eco-parks. This project also provides an opportunity to combine environmental and cultural issues. The Rhododendron Festival takes place every year.

After the Dromchoe, the Punakha Tshechu takes place, making it a week-long celebration of a beautiful festival. The Punakha Tshechu is highlighted by chams (masked dances) and massive offerings to Guru Rinpoche and other local deities over the course of three days. Many situations from the life of the great Buddhist saint and teacher are shown through the chams. Local villagers also take part in the festivities, singing and dancing in accordance with their customs. A Thongdrol (a big religious painting) showing an image of Zhabdrung is displayed on the event’s last day. Witnessing the masked dance and the thongdrol is said to clean you of your sins. The thongdrol is seen at dawn, rolls up at sunrise, and is only seen on the next Tshechu. 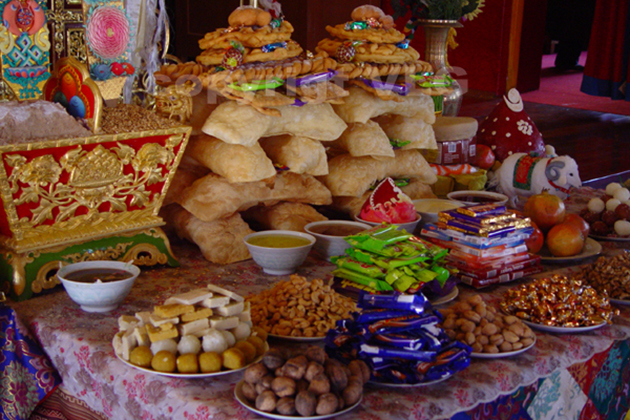 Traditional day of Offering= thanking Zhabdrung for reuniting the kingdom

The Traditional Day of Offering (Dzongkha: buelwa phuewei nyim), also known as Chunipa Losar, is a public holiday in Bhutan that falls on the first day of the last month of the Bhutanese lunar calendar. Bhutan was created by Zhabdrung Ngawang Namgyal, a Tibetan Buddhist teacher, in the 17th century.

On this day, which was commemorated as the New Year in eastern Bhutan at the time, representatives from all around Bhutan would arrive with offerings to Zhabdrung at Punakha Dzong (the old capital of Bhutan) to express their thanks for reuniting the kingdom.

The buelwa offerings were done to express love, devotion, allegiance, and reverence for the great Zhabdrung.

This New Year is followed by Losar, the Tibetan New Year, which is the most important event in the Tibetan calendar and is honored by many days of public holidays, on the next new moon.

wishing for  good fortune for the following year

In Bhutan, the New Year is a time for family reunions as well as the strengthening of traditional rites and bonds. It all began in the 17th century, when people from all across the country gathered to celebrate the completion of the Punakha Dzong. The Losar aka New Year celebrations begin on “Nyi Shu Gu” (New Year’s Eve) and last for two weeks in some parts of Bhutan. The largest celebrations, however, take place over the first three days of the New Year.

Depending on the lunar calendar, the Bhutanese New Year—Losar—is celebrated either in February or March. Some localities may even choose dates that are slightly different from the rest of the country. The festival includes activities such as cooking special delicacies, visiting shrines and temples, cleaning dwellings of unwanted items, and, of course, dancing and singing.

Losar is an ideal time to sample Bhutan’s numerous national cuisines. Red rice, stews, and chili peppers are common dishes. Fried biscuits, diced sugar cane, and fruit are on the dessert menu. Green bananas and sugarcane should be present on a New Year’s table, according to custom, as they offer good fortune for the following year.

In Bhutan, Thruebab signifies the end of the monsoon and the start of the harvest season. Buddhist astrologers predict that on this day, a celestial rain of ablution will fall at a specific hour, and that bathing and showering will wash the defilements. Aside from washing, Bhutanese people celebrate the day by spending time with family, eating together with friends, and participating in traditional games such as archery and khuru (dart). Since the day is an auspicious one, many prefer to visit temples and monasteries to offer butter lamps and pray for all sentient beings. 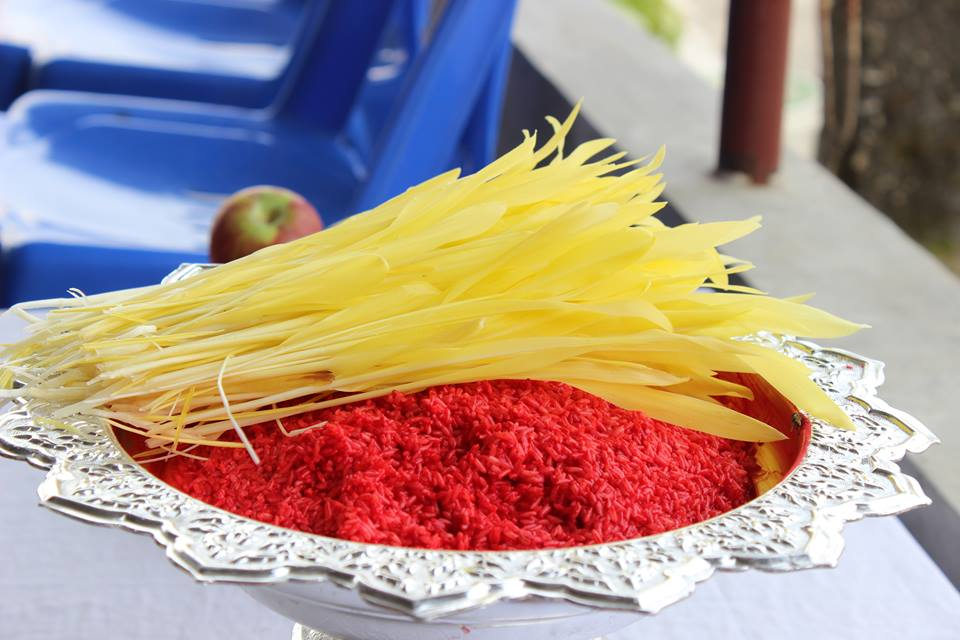 Dadhin=commemorating the triumph of good over evil

Dashain is the Hindu Himali community’s largest and most important holiday, commemorating the triumph of good over evil. People visit relatives to get tika and jamara from their relatives on Dashain, which is mostly observed by the Hindu Lhotsham population in Bhutan. The celebration is also noted for its family reunions as well as for purchasing and wearing of new clothing. In 1980, Dashain was named a national holiday.

Bhutanese festivals and holidays are held throughout the year and are always based on Buddhist calendar events. These traditions are passed down from generation to generation and are celebrated to keep them alive. In a Buddhist country, the major purpose of any festival is to thank the gods and pray for the well-being of all sentient beings. The mentioned holidays and festivals are only those popular and highly valued events. There are numerous other events which are celebrated in their locality.

Click the link to learn all about Bhutan public holidays 2021.