10 Reasons to put Bhutan on your bucket list right away

Why Bhutan Is Special.

From the moment you experience an exhilarating descent into Paro Valleys International airport A secluded Himalayan country welcomes you with its fresh air and warm people. It may be the closest you get to heaven on earth.

Your trip to Bhutan offers you much more than its stunning natural beauty, unique architecture, spicy cuisine, and old culture.

It’s about discovering a completely different way of living.

A parallel universe that has found itself in ours and is still urgently fighting to protect itself from the shrillness of our world. Bhutan, a country that only opened its doors to the outside world in 1974 and was the last country in the world to allow satellite television in 1999, remains a mystery.

An obscure Buddhist Himalayan monarchy is bordered on the south by India, and on the north by China and Tibet. It’s a country unlike any you’ve ever been or will visit again, with a population of just under a million people.

Here are ten reasons about Bhutan that you probably didn’t know, ten unique choices that the Dragon kingdom chose to keep true to itself, and ten reasons why it deserves to live in an unspoiled bubble far away from the rest of the world and why it’s so special. 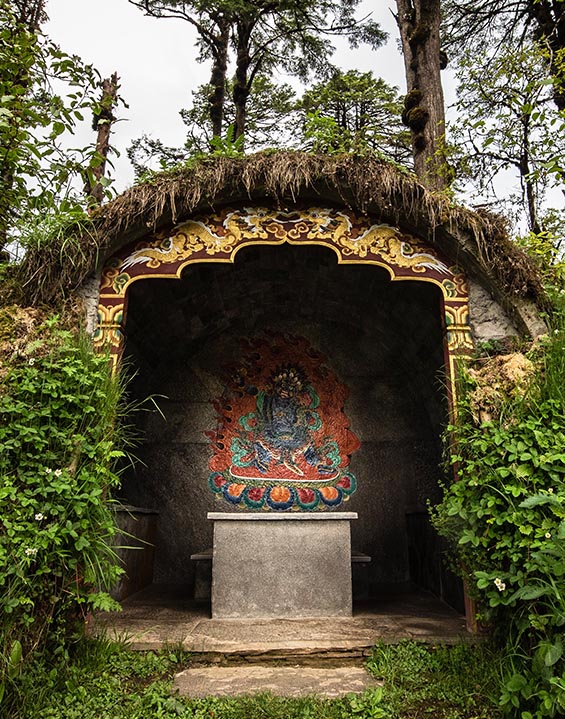 #1 Happiness can be felt.

Bhutanese prosperity and progress are judged by inhabitants’ happiness. The Gross Happiness Index, rather than the Gross Domestic Product (GDP), has an impact on policy making and governance. The great fourth King, who ruled for 34 years before abdicating the kingdom to his son, the current King, championed the notion. It is a happy monarchy that zealously guards its culture and ecology while taking cautious moves toward growth and industrialization. The people are radiant with joy and kindness, and the positive vibes are contagious and have a life of their own.

Bhutan has the distinction of being the world’s only carbon-negative nation. It’s a huge honor to be given this distinction. Consider tranquil, unspoilt vistas broken only by the sounds of the region’s abundant fauna and gushing rivers. Bhutan’s constitution requires that 60 percent of the country’s territory be covered in forest at all times, with the present forest cover estimated to be at 72 percent. As a result, it is not only carbon neutral, but also the world’s only carbon negative country! This is not just talking about sustainable growth and environmental preservation as a long-term objective; but it is into effect now.

This isn’t normally something a traveler enjoys hearing. Bhutan, on the other hand, makes it work for the tourists’ benefit. Due to the country’s “high value, low impact” tourism policy, a vacation to this country can be slightly on the higher side and thus exclusive for visitors of most countries.

Except for Indian, Bangladeshi, and Maldivian passport holders, all other foreign nationals must pay a daily fee of $250 ($200 in the off-season), which includes lodging, three meals, a guide, and admission tickets to all attractions – It’s an all inclusive trip.

A significant portion of this charge is invested in community projects, free healthcare, and free education. Bhutan successfully manages the number of tourists and maintains a sustainable tourism model with this minimum price, resulting in minimal traffic, nearly-empty attractions, and an unspoiled vision of valleys and highways.

#4 It is one of the world’s newest democracies.

Converting Bhutan into a constitutional democratic monarchy and getting its people to vote for their first Parliament in 2008 are among the many achievements the 4th King is credited with.

This shift was ordered by the king, not as a result of the economy.

This move brought an end to the country’s century-long monarchical rule and gave citizens a greater say in its development.

While the Bhutanese adore the royal family, with photographs of His Majesty, Her Majesty, and their 2 sons adorning the walls of stores, restaurants, and even private residences, they now have a greater say in administration.

#5 There is very little Western influence.

It’s hard to believe that Bhutan was not a part of the globe just forty years ago. There were less than 20 cars, the UN had not recognized it as a country, and it had never been attacked or colonized, allowing it to remain free of western influence. (Fun fact: Bhutan was not involved in World War II!)

The theme has basically remained the same. There are no McDonald’s, Starbucks, mega-supermarkets, skyscrapers, western architecture, or product billboards (western or local). Bhutan is missing some of the most common attractions that draw your attention when you’re in the country.

Locals wear traditional clothes (Gho and Kira) during work hours and when entering any place of worship in another effort to maintain Bhutanese culture.

After work hours, however, the streets are packed with Bhutanese youth dressed in sophisticated western attire, living a version of the western life they now see on television.

#7 There are no traffic lights in Bhutan.

Thimphu, in fact, is the world’s only national capital without a single traffic light.

#8 Highest country in the world.

Bhutan has no oceans because it is landlocked. There are no trains, no railways, no navy, and no air force.

However, as the world’s tallest country (among many others), its mountains are a sight to behold, offering numerous hiking and trekking options.

Landing in Bhutan provides overhead views of some of the world’s tallest peaks, including Mt. Everest and Kanchenjunga, to mention a few (flight tip: find yourself a window seat on the left hand side of the plane while landing in and on the right while taking off)

Seeing these elusive peaks up and personal from that vantage point is another unforgettable experience that only a trip to Bhutan can provide.

#9 The crime rate is extremely low.

Over 75% of the population embraces Buddhism, which teaches individuals to be kind and respectful of one another, the environment, and animals.

This manner of living has resulted in the country having a remarkably low crime rate. Petty crime is uncommon, and violent crime is rarely reported.

#10 The Phallus is revered as divine.

Seriously.it’s another excellent example of how unique and wonderful Bhutanese culture is. Visitors from all over the world come to Chimi Lhakhang, a temple in the magnificent former capital city of Punakha valley, to worship the ‘Divine Madman’ for fertility and the good health of their children.

Drukpa Kunley, also known as the ‘Divine Madman,’ was a maverick, enlightened saint who used his magic thunderbolt of enlightenment,’ aka his Penis, to conquer a demon near this shrine. Today, this man and his triumphant symbol are honored and worshiped as a rebel who challenged Buddhism’s strict precepts.