Bhutan Tourism began in 1974, when the government of Bhutan opened the isolated country to the outside world in an effort to raise revenue and showcase Bhutan’s distinct culture and traditions to the outside world. When the country opened to the world, The Kingdom of Bhutan received a total of 287 tourists in 1974. The number of tourists visiting Bhutan increased gradually from 2,850 in 1992 to 7,158 in 1999. Tourism generated almost $2 million in annual earnings by the late 1980s.

The Bhutanese government is well aware of the environmental impact tourists have on Bhutan’s distinctive and practically untouched terrain and culture, despite the fact that the country is open to foreign visitors, The country has put in place a policy of “high value, low volume” to prevent an influx of tourists. The policy was renamed as “High value, little impact” in 2008. During the peak season, a daily fee of USD$ 250 per person per day all inclusive is implemented and USD $200 for the lean season all inclusive trip.

In October 1991, the Bhutan Tourism Corporation was privatized by the Bhutanese government, allowing private sector investment and activities to flourish. As a result, the country now has more than 900 approved tourist companies. All tourists (group or individual) must either join a pre-paid guided package tour or follow a custom-designed travel schedule. Tourists must book directly with a government-approved trip operator or through an overseas agency.

Thimphu and Paro Valley are the two most prominent tourist destinations. Paro Taktsang also called “Tiger Nest ” is regarded as the most sacred monastery site that is mysterically built on the cliff 10,000 feet above the ground. The Buddhist Saint who introduced Buddhism to Bhutan meditated for 90 days inside the temple, combating the demons who inhabited the valley in order to disseminate Buddhism. The temple has been standing for 100s of years, and it has survived two fires.

Royal Bhutan Airlines – Druk Air used to be Bhutan’s only airline to fly into Bhutan, but since then, Tashi Air – A Private Airline has begun to operate in the country. 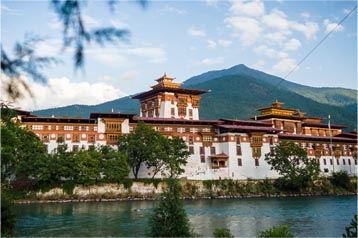 The Punakha Dzong/Fortress was built by Zbabdrung Ngawang Namgyel in 1637. The Dzong is a complex structure with lovely Bhutanese carvings, paintings, and architecture. The Dzong is a fortified structure. The Dzong is located in the Punakha-Wangdue valley, at the confluence of the Pho chu (Male) and Mo chu (Female) rivers, making it a wonderful and stunning spot to view the dynamic sight of the Palace of Happiness. 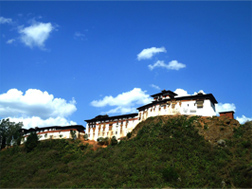 The Wangdue Phodrang Dzong was built in 1638 by Zhabdrung Ngawang Namgyel atop a high ridge between the Puna Tsang Chhu and the Dang Chhu river. The dzong was constructed on top of a hill to deter incursions from the south, as well as to provide a commanding view of the lowlands below.

The dzong was designed with intricate bhutanese arts and skills.The dzong was tragically destroyed by fire on June 24, 2012, However, various donations from within and outside the country, including Japan, were received, and the dzong is being repaired. The fortress has almost reached its completion and will be ready to visit during your trip to Bhutan. 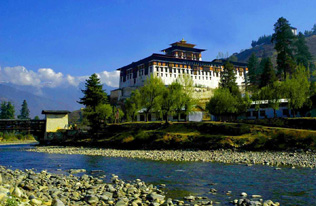 The Paro dzong was built by Zhabdrung Ngawang Namgyel in 1644. This dzong has been used to defend Paro against Tibetan invasions on several occasions. It used to be the meeting venue for the National Assembly, but currently it serves administrative and religious services. It is regarded as a pinnacle of Bhutanese architecture.

The town’s massive buttressed walls can be seen from all throughout the valley, especially at night when they are floodlit. There are many beautiful sites to visit in Paro Valley but this fortress is worth visiting for their magnificent architecture and setting. 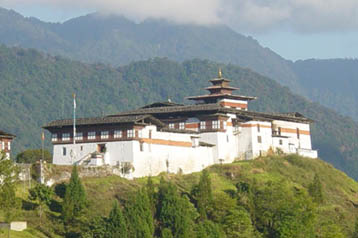 Dagana Dzong is located in Dagana District. The name “Dagana” is derived from Darkala and Darkarnang. The first relates to Jomo Darkala, the province’s guardian deity, and the second means “The Realm of White Prayer Flags. The dzong was constructed to protect the invasion particularly Assam and West Bengal.

By the mid-seventeenth century, Zhabdrung had managed to unify most of western Bhutan, but the central, eastern, and southern areas remained, so he delegated Dronyer Druk Namgyel to bring the territory under Drukpa control. In 1651, the Dronyer began construction on the dzong. It was completed two years later. It now serves as the administrative and monastic center for the Dagana district.

Drukgyel Dzong was a Buddhist monastery and fortification in Bhutan’s upper Paro District that is now in ruins. Unlike the other Dzongs established by Zhabdrung Ngawang Namgyal and his successors, Drukgyel dzong was built primarily for defense purposes, with no administration or religious duties.

Tenzin Drukdra constructed the dzong in 1649 at the behest of Ngawang Namgyal, to commemorate a victory over a Tibetan invasion. Drukgyel Dzong was almost completely devastated by fire in the early 1950s. It is on Bhutan’s Tentative List for UNESCO admission as a tentative site. 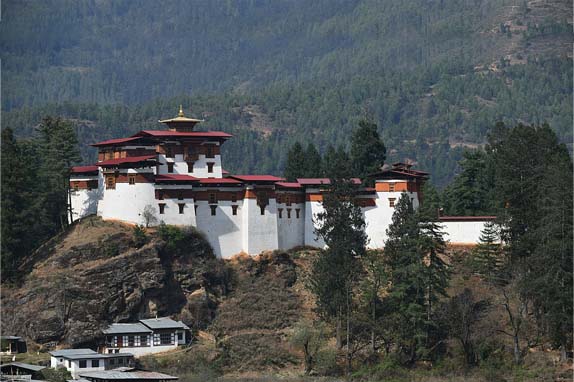 3. Sacred Sites Associated With Phajo Drugom Zhigpo and His Attendants. 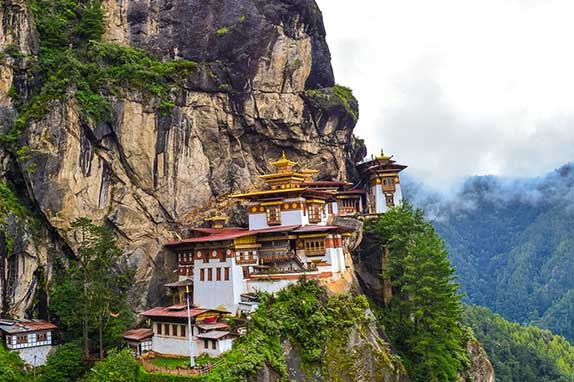 Tamzhing is Nyingma monastery located in Bumthang built by saint Pema lingpa. This shrine is famed for its one-of-a-kind wall murals. This temple also has one-of-a-kind statues and a number of other significant cultural artifacts that are vital to Bhutanese history and Peling traditions.

It’s one of the few places where Pema Lingpa’s teachings are still being carried out. Pema Lingpa passed away in Tamshing monastery in 1521 at the age of 72. 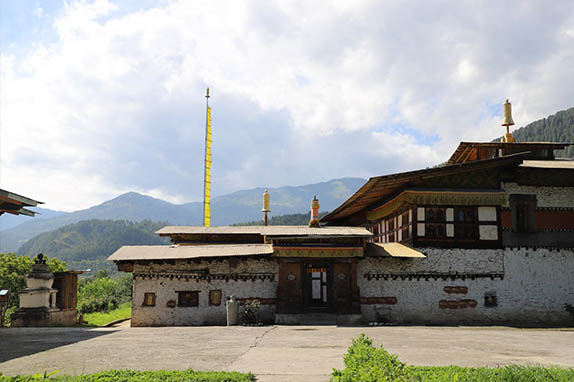 The Royal Manas National Park is located in Bhutan’s southern region, east of the country’s border with India. The park has a total area of 408 square miles (1,057 square kilometers). It is one of the oldest protected areas and represents one of the largest subtropical ecosystems in Bhutan.

In Royal Manas, the climate varies greatly. The monsoon season lasts from May to September and brings up to 5,000mm of rain, thunderstorms are prevalent, and the river turns into scary torrents during the monsoons. In the winter, there is very little rain, and the weather is exceptionally nice from November to March. The park is home to a variety of animals including some endangered animals such as Royal Bengal Tiger (Panthera tigris tigris), Indian Rhinoceros (Rhinoceros unicornis), Asian Elephant (Elephas maximus), Pygmy hog (Sus Salvanius) etc.

Over 425 kinds of birds breed and migrate inside the park’s boundaries, making it a bird watcher’s paradise. There are approximately 10,000 bug species, The Ganges river dolphin and a variety of fish can be found in the river too. 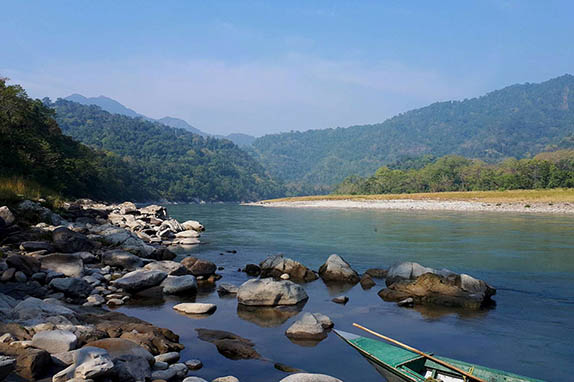 The Jigme Dorji National Park is located in Bhutan’s northwestern region. The second largest natural preserve in the country and one of the richest in terms of cultural and biological diversity among the protected areas. The area covers roughly 4,316 km2 (or 431,600 acres).

Some of the wildlife species that may be spotted in the park are well-known, however they are difficult to spot. The Clouded leopard, Snow leopard, Indian leopard, Bengal tiger, and Bhutan takin are among the most popular animal sightings. Black musk deer, Black bear, Red Panda, Sambar, Barking deer, and the beautiful Spotted linsang are among the other animal species. The park is also a good sight to see 300 species of birds. In 1993, following a major reorganization of the country’s protected area system, the park’s border was greatly restricted, limited to only a few miles. 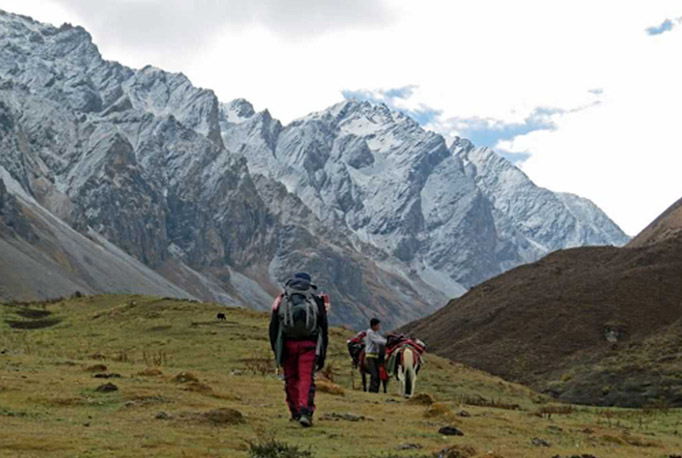 It includes mountain lakes and the Bumdeling Valley; around 100 mammal species live in the sanctuary, including globally endangered species like the Snow leopard, Royal Bengal tiger, and Red panda. The park also has diverse flora, fauna, and beauty. Several cultural and religious sites are also located within the sanctuary. There are only 3,000 households residing in the park. 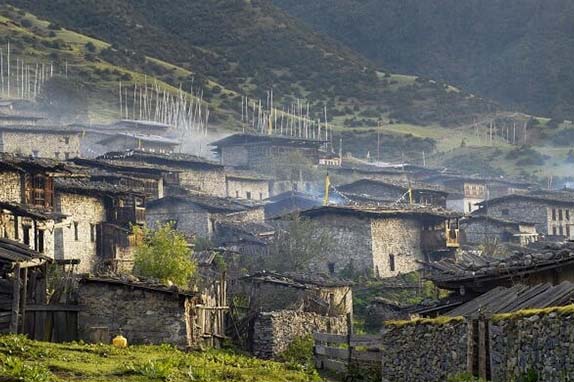 The sanctuary is located 650 sq. km in the east bordering the Indian state of Arunachal Pradesh. It is home to some of the country’s most endangered animals, including the Red Panda and Himalayan Monal Pheasant.

The semi-nomadic people known as Brokpas, sometimes known as “men of pastures,” hail from the sanctuary’s two major villages, Merak and Sakteng. They are Bhutan’s most notable highlanders. Brokpas are known for their own culture and way of life.

While Bhutan has been successful in limiting the number of visitors who enter the nation, it can be argued that a “high quality tourist” must be a wealthy tourist, as the main barrier to visiting Bhutan is the high cost of admission, rather than genuine interest or attention. While the low number of visitors ensures a modest environmental impact, with the view this reason visiting Bhutan for most tourists seems just a dream.

Here are a few good reasons to visit Bhutan for your next holiday destination. You can engage here at 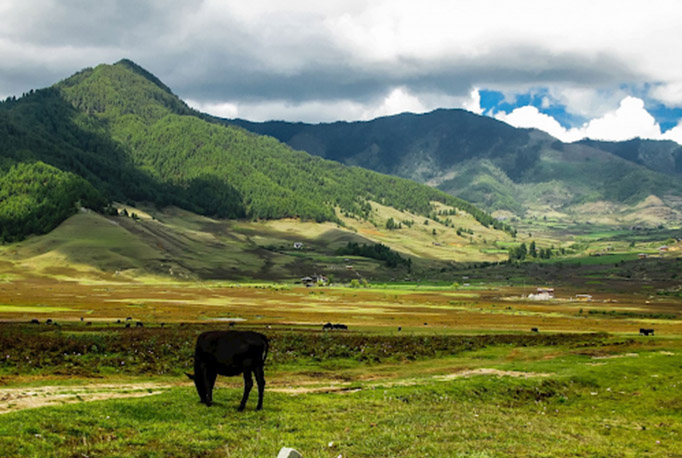