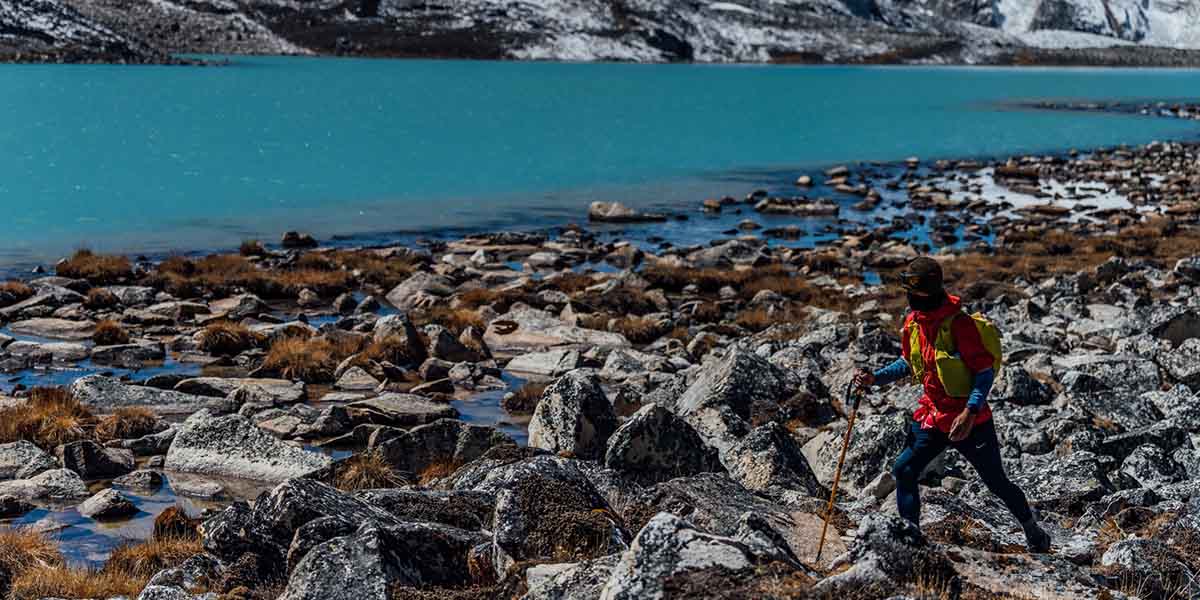 Bhutan is known for many of its unique practices and traditions, among which the Snowman Race is one that caught the eye of many people all around the world.

Glaciers are melting, polar ice caps are thinning, and coral reefs are dying. Climate change threatens the well-being of all humanity. – His Majesty the King of Bhutan.

The Snowman Race was His Majesty’s vision to convey the climate message to the world, with climate change continuing to have a significant impact on the Bhutanese highlands.

The snowman race in Bhutan is known to be one of the world’s toughest climate action races. Athletes from all over the world will compete in this race, which will take them through the Himalayan ranges’ last untouched landscapes.

This  Bhutan marathon strives to use the most efficient technique for the terrain and conditions while also considering its own personal abilities and preferences.

Mountain running, also known as snowman racing, is a worldwide sport and athletic discipline that focuses on long-distance running in mountainous terrain.

The Race to Remember for a Lifetime

The Snowman race is defined by three philosophies; the pleasure and benefits of walking quickly through natural mountain landscapes, the athletic pursuit of the fastest possible speed on foot over a given mountain route while considering risk and safety, and especially focusing the awareness on spreading the race for climate action.

The race route takes you through some of Bhutan’s most beautiful areas, including the remote Lunana area of nomadic herders and the base of Gangkhar Puensum, the world’s highest unclimbed mountain.

During the race, runners will cross twelve mountain passes and travel through Laya and Lunana, two of Bhutan’s most remote regions and home to semi-nomadic tribes.

The Snowman race is one of the world’s most difficult and high-altitude ultra-marathons, taking place in uncharted territory in the eastern Himalayas. The race last’s five days and features the world’s best extreme runners attempting one of the most remote and difficult foot races ever attempted.

Challenge for a Change

The Snowman Race simultaneously challenges the greatest athletes and the global community to take bold and transformative actions that will avert humanity’s greatest crisis.

The Snowman race aims to draw global attention to climate change, one of the most pressing issues of our time, and its consequences, particularly for people living in fragile mountain ecosystems. The entire area where the Snowman Race is held provides perfect snapshots of the effects of climate change, which can be seen in the receding glaciers. The beautiful and fragile land exemplifies the far-reaching and irreversible effects of climate change and serves as a stark reminder of everything that must be done to combat it.

The runners navigate difficult terrain through the majestic mountains and lofty glaciers. The race follows the Snowman trek route, which runs through 126 miles of untouched Himalayan wilderness and multiple peaks with summits of 17,946 feet.

The Snowman Race is inspired by His Majesty the King’s foresight in conserving natural and cultural heritage.

In honor of His Majesty the King’s 40th birth anniversary, the Snowman Race secretariat announced the holding of the Bhutan Climate Action Conclave. This action was to complement the Snowman Race’s objectives of protecting the natural environment and preserving remote communities’ living and unique cultures, both inspired by His Majesty The Druk Gyalpo’s Vision.

The race was originally scheduled for 2020, but it was pushed back due to the Covid-19 pandemic. Two years later, the spirit of the race continues to advocate for the global community to take climate change more seriously and come up with actionable solutions.

Bhutan, which recently reopened its borders on September 23, continues to promote results-driven sustainable development initiatives throughout the country as a vocal leader in the race for climate action.

This once-in-a-lifetime race follows the route of the famous Snowman Trek, which has been completed by fewer people than Everest. With a focus on Climate Change, the daring event appropriately turns up the heat.

The snowman race aims to raise awareness about climate change and its consequences, particularly for people who live in fragile mountain ecosystems. From April 22 to April 23, 2022, twenty-six runners competed in the Snowman Race (SMR) selection run. Officials from the SMRS, health, the Royal Bhutan Army, and the Bhutan Amateur Athletic Federation, among others, prepared the selection run.

29 athletes took part in the 2022 Snowman Race, including many international individuals, out of which 17 athletes  completed the race. All the athletes had to compete for 5 days covering 203 km from Gasa to Bumthang.

During the Snowman Race, runners were tracked using a real-time GPS Live tracking system, an offline GPS app, and route markers. Throughout the race, medical services, emergency services, rest stops, and a weather forecasting team were also on standby.

The runners were required to have mandatory equipment, including a sleeping bag, food for the duration of the run, water, rain gear, a warm jacket, hat, gloves, and first aid supplies. They slept in tents at night, with temperatures sometimes dropping to -30 degrees Celsius.

The event also included a pre-race tour of the flooded Gasa hot springs to demonstrate the negative effects of climate change and a post-race virtual climate conclave.

Gawa Zangpo from the Royal BodyGuards won the 2022 Snowman Race in the male category in less than 31 hours. He made his international debut in 2017, finishing fifth in the South Asian Cross-Country Championship. In the same year, he finished second in the Laya Run.

In the women’s category, Karma Yangden, from Laya, came first, completing the race in 48hrs. Karma competed in many marathons, including the Laya Run in 2016, where she finished first and second the following year. She also finished first in the women’s race for climate action in 2021.

More than winning the race, both the winners were glad to have competed in an event that contributed towards the awareness that helped towards action for climate change in the Kingdom and said that they were excited to take part in the next Snowman Race and other events alike.

Bhutanese runners trained for over two months and stayed in Laya for a week to acclimate. There were 29 runners in total, including 20 foreigners.

The Snowman Race’s successful completion represents all stakeholders and athletes’ hard work and collaboration. The race also represents a collective approach to drawing the world’s attention to climate change and its consequences, particularly for people living in fragile mountain ecosystems.

Bhutan has made one of the world’s most ambitious climate promises to remain carbon neutral in perpetuity, and its forests help to mitigate global climate change by absorbing carbon dioxide.

The Kingdom is facing the threat of 2,700 glacial lakes that did not exist 20 years ago due to global warming melting Himalayan glaciers.

The Snowman Race provides an important opportunity to rally support for climate action and, at the same time, is expected to increase tourism in the country. Bhutan will naturally gain recognition as the race grows in popularity to spread awareness about the impact of climate change in the Himalayan nation.

What is Bhutan Famous For