Bhutan, The secret to Happiness 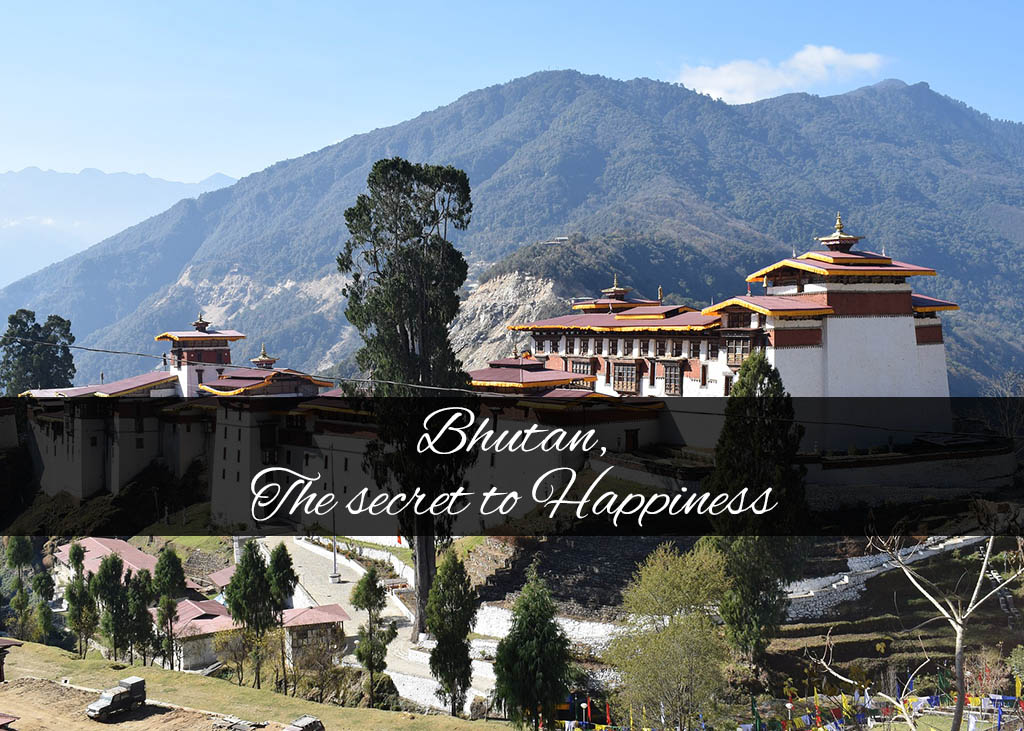 Bhutan, The secret to Happiness

A small landlocked country known worldwide for the government’s sustainable policy that measures the happiness of its citizens along with its economy.  Can a country really measure happiness, and if so, how? Why is Bhutan so special?

King of Bhutan sharing a moment with its citizen

In 1972, the former king of Bhutan, Jigme Singye Wangchuck, declared that the country’s emphasis          will be on Gross national Happiness. Happiness is written as the goal in the Constitution.

The Government’s holistic theory is to achieve the mutual happiness of the people through economic growth, cultural and environmental preservation.

Why is Bhutan so special?

Bhutan has one of the world’s most stable habitats, and due to its long isolation almost no environmental harm. Bhutan retains its beautiful scenery and cultural identity due to the restrictions on tourism and its conservation of natural resources.

The internet, cable TV, mobile phones, and other new technologies have become part of Bhutan in recent years, but the desire to maintain cultural values and to protect the environment has remained strong. The economy and the culture of Bhutan are growing and evolving. A solution to globalization has been proposed by Bhutan’s specific strategy.

The climate is important for the people of Bhutan. A national park is half of the land. Forests, wildlife, and the environment are strictly protected and, not long ago, the country declared that 60% of the country will be permanently safe from deforestation. People are happier in Bhutan because they care about the environment.

Bhutanese follow Buddhism. It is one of the calmest and happiest religions on Earth. Bhutanese believe in karma; people who live good lives are closer to enlightenment and are reincarnated as better creatures when they’re reborn. This prompts them to live good lives.

Bhutan provides free education and healthcare to its citizens. Education in Bhutan, not only includes modern, but also a monastic education.

Free health services, which are a constitutional right, include both modern and traditional medicines.

The Kingdom of Bhutan’s first legal code states that “if the government cannot create happiness for its people, there is no purpose for the government.”