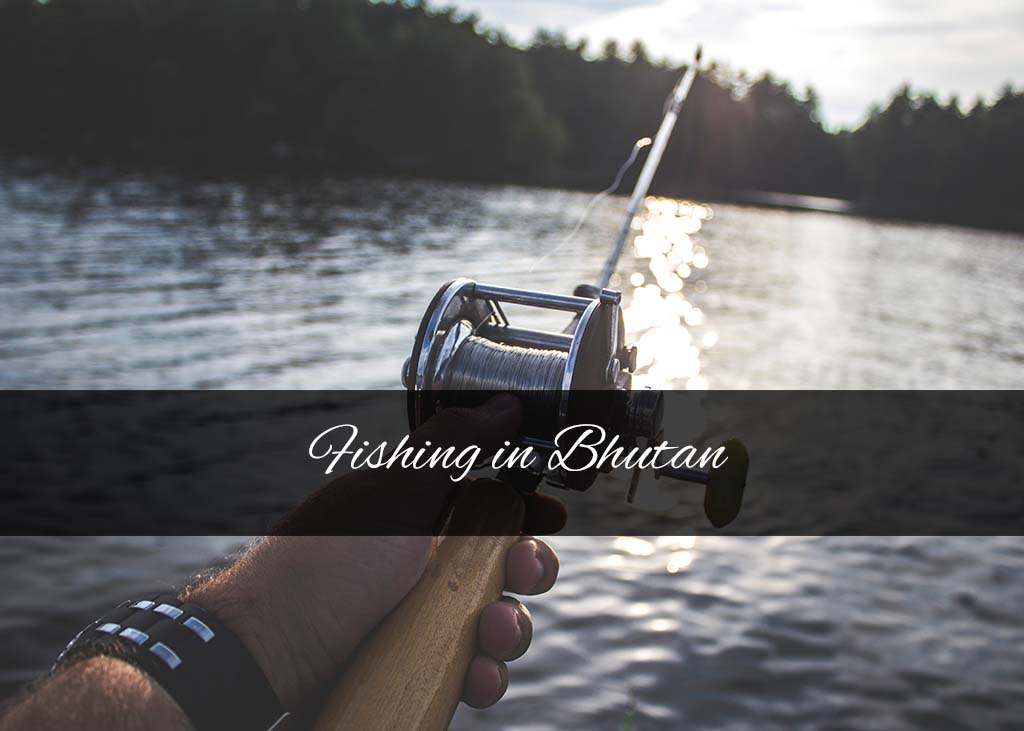 If you ever plan a trip to Bhutan, then fishing is one of the most pleasurable activities that you should give it a go. The rivers in Bhutan are quiet, peaceful and a remarkable place with a super friendly environment for fishing. Visit Bhutan in the month of April to May and October to November as these months are the finest months for fishing. Winter isn’t a hostile season for fishing as all the fishes swim deeper inside the river because the water will be really cold and wild during winter seasons. So, get your gears ready, find the perfect spot and  chill in the cool breeze while fishing.

Some Things To Know About Fishing In Bhutan.

In the mid of 1970 till 1974, the FAQ agriculture study and survey of determining the level of fishes in stock reported that there was a growing demand for fish as a dietary supplement. So fisheries were developed and carps were imported from Assam In the year 1977, Fishery Development Programme was established to stock rivers with game fish and also to develop commercial capability in the long term goal by the Animal Husbandry. In order to control the cold- water fishing and to enforce seasonal and fish size prohibitions, the Department of Forestry issued a fishing license. Fishing is not allowed on auspicious days and the first and fourth month of the Bhutanese calendar.

Kinds Of Fishes Found In Bhutan.

Snow Trout(belongs to the carp family) and Brown Trouts(thrived from decades ago)are one of the most common fishes found in Bhutan and the best time of the year to find them while fishing is in the month of March till October. The Golden Mahseer in Bhutan is one of the last unexplored angling spots in the Eastern Himalayas in Asia. The herculean Golden Mahsheer mostly feeds on small fishes like minnows so the bait which imitates a minnow is the best choice of bait. For more than decades, Bhutan remained a mystery and completely undiscovered too. Visit Bhutan and get the chance to discover one of the most iconic fishes!

Haa is one of the best places in Bhutan for fishing. It is a fast alpine river, elevated at an altitude of 2700 m. With a view like Haa valley, the cool chills of the place and a spectacular spot for fishing. You should definitely visit Haa in the month of April and May or September to fish for brown trout as it is the most common fish found in Bhutan.

The Sankosh river flows from Punakha and it is located in the Southern District. If you visit the Sankosh River from February to March during the spring and from October to November during the fall. You will encounter the Golden Mahseer in the midst of the temperate waters located in the Southern tropical valley. If you wish to camp and fish, there are beautiful places where you can pitch a camp too.

Mangde Chhu is located in Zhemgang but it flows from Trongsa. It tops as one of the most far flung places in Bhutan. The Mangde River is exotic and it is a great place for both fishing and rafting. This river is an alternative if you cannot go all the way to the south because, just like Sankosh River, the majestic Golden mahseers populate the Mangde Chhu.

From the Nganglam town, Drangme River flows till Manas. The tropical river flows merrily and you will get a chance to spend some time in the appealing jungle as well. This river is an amazing one as you will not take away just one species of fishes, but quite a lot of distinct species too! So, pack your fishing gear and come to discover and catch those beautiful and exotic fishes.

Bumthang is, as the tourists call it, “the second Switzerland ”. The gratifying valleys give you so much more than just  fishing. It is also regarded as one of the spiritual places in Bhutan. If you choose to visit Bumthang for fishing, then it will be the time you will see the snow trouts. In the fast flowing rivers of Bumthang, snow trouts are common species of fishes found. But fishing is only allowed in the Tang Chhu and Chummey Chhu and not in the Chamkhar Chuu as it’s strictly prohibited for religious reasons. 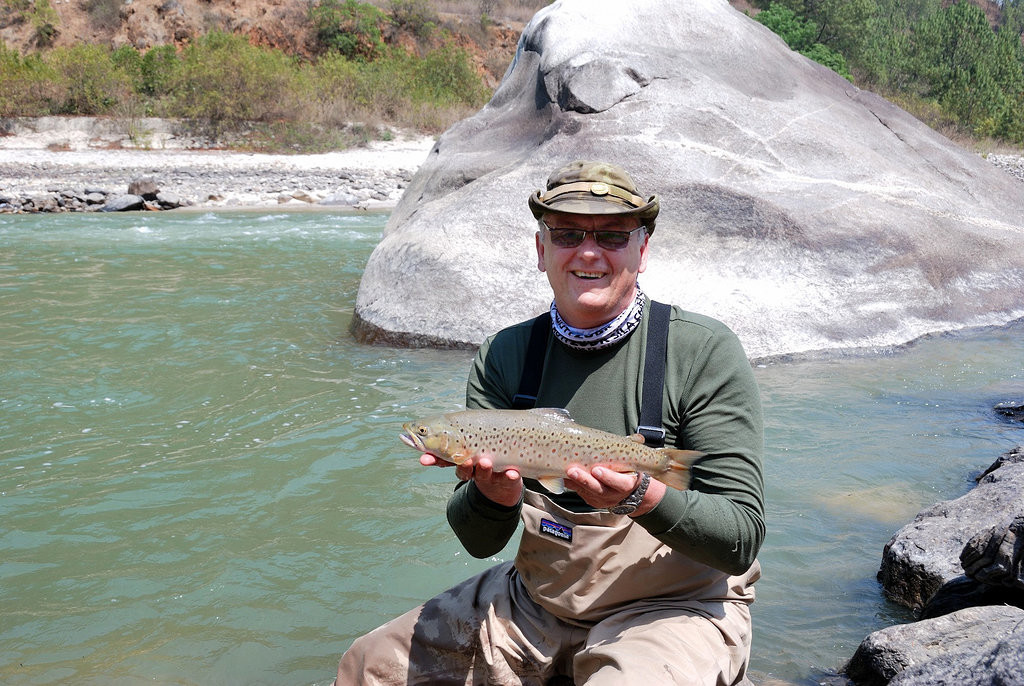 If you want a fishing permit, you will have to apply from January till the end of August, it won’t be issued in the months starting from September till end November as it is kept as the breeding season. Fishing is forbidden on important religious days and in the domains of monasteries and temples. Also, during the first and fourth month on the Bhutanese Lunar Calendar  which normally falls on January to March and May to July, you are not allowed to go fishing as it is regarded as one of the most auspicious months. Places in Bhutan like Punakha and Wangdue, Chamkar River in Bumthang and Phobjikha Valley, fishing is restricted in these areas as they are closer to Monasteries and Temples. Oh! And one last thing, you are not allowed to use natural baits like worms or take the fishes as a trophy, if you want to catch fish and release it again, it’s allowed or if you want to take fish for dinner, you’re allowed.

A trip planned for fishing in Bhutan will be an ultimate choice for you because for over a decade, the tiny landlocked Himalayan Kingdom remained a mystery and some fishing spots still undiscovered. There are yet immense species of fishes to be discovered and you could be one to do that. So, ready your fishing gears, plan a trip to Bhutan and visit some of the most authentic fishing places in Bhutan with Druk Heritage .

Click the link to learn about 6 reasons to Explore Haa valley when you visit Bhutan.