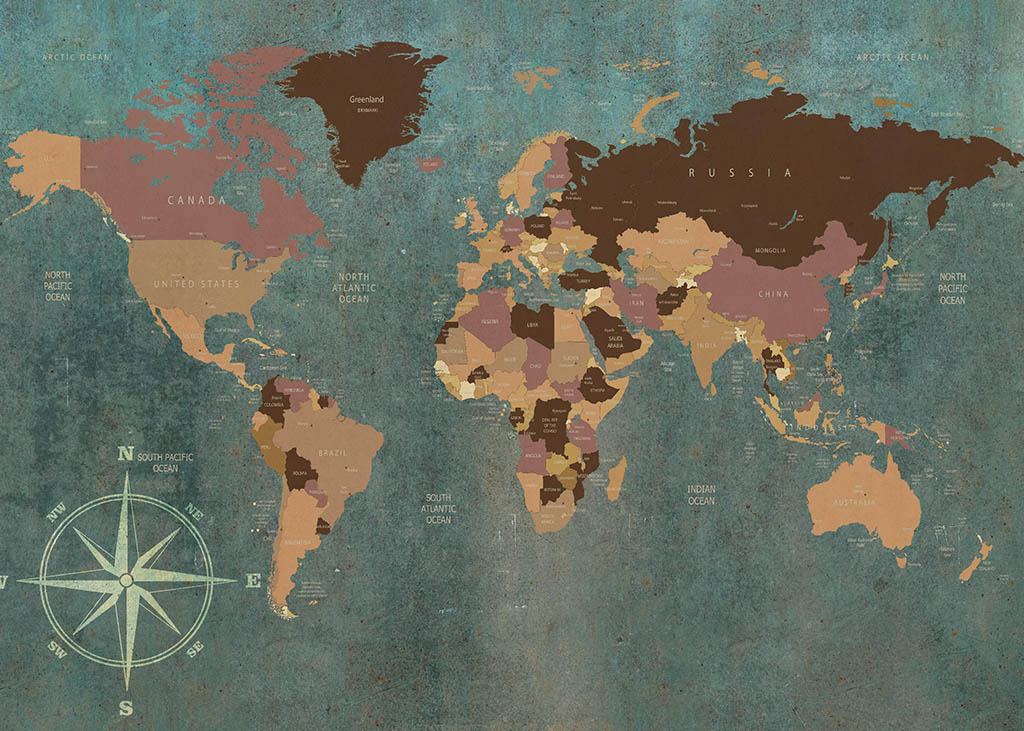 These ten countries have some of the happiest people on the planet.

The newly released World Happiness Report proves that money, wealth, and relaxing weather do not equal happiness. Happiness may bring up pictures of a tropical, sun-drenched beach for some, but it turns out that the world’s happiest people live in subzero temperatures, swim in freezing waters, and pay hefty taxes.

While the ongoing COVID-19 pandemic has had an impact on certain people’s perceptions of life satisfaction, according to the latest report, the average “life evaluation” has remained rather stable over the previous two years. Israel and Luxembourg are two newcomers to the top 10 list this year, displacing Austria and Germany, who are now ranked 11th and 14th, respectively.

Who are the big winners, then? Continue reading to find out which countries have the happiest citizens in the world.

Finland has been named the happiest country in the world for the fifth year in a row. While COVID-19 caused an economic downturn in the Nordic destination, its 5.5 million citizens remain optimistic about their government and way of life. Finland continues to set the bar high with a total score of 7.821 out of ten, owing to elements such as a high GDP per capita, social assistance, a long life expectancy, and generosity.

With beaches, lakes, islands, and forests as natural resources, it’s no surprise that the Nordic country keeps its citizens happy and attracts millions of visitors eager to share in their joy.

Denmark dominated the top rank as the world’s happiest country for a long time. Even though it has dropped to second place, there are several factors that contribute to the country’s continual high standing, including a stable government, free education and health care, and respect for human rights.

Furthermore, because it is a tiny town, its residents do not have to travel far to enjoy its natural wonders. There are a lot of them. There are many places to relax and accept the present moment, from white-sand beaches (yes, Denmark has them) to windswept islands and deep blue lakes.

With a total score of 7.557, Iceland took home bronze this year. The island nation, which is roughly the size of Kentucky, has a population of just over 366,000 people, the majority of whom live in Reykjavik, the capital.

Low crime, a high standard of living, free high-quality education (literacy rates in Iceland are at a staggering 99 percent), and low unemployment rates that have already returned to pre-pandemic levels all add to Icelanders’ optimism.

Switzerland is consistently ranked among the world’s happiest countries, and with good cause. Citizens have a sense of trust in the country and their government because of its high GDP per capita, social support, and low levels of corruption.

Switzerland isn’t only about banks, high-end watches, and chocolate (though we’re convinced that chocolate plays an important role in people’s happiness). The Swiss are never far from a quiet hideaway in the mountains or an exquisite getaway by the water, with the magnificent Alps spanning over 60% of the country and access to over 1,500 lakes.

With a total score of 7.415, this northern European country took fifth place in the World Happiness Report for the fifth year in a row. Its citizens enjoy the best work-life balance in the world, as well as access to high-quality education, low crime rates, and a high level of disposable income.

With a rich and fascinating history, a thriving cultural sector, and stunning natural beauty (two words: tulip fields), it’s no wonder that the Dutch have a high level of life satisfaction.

Luxembourg is a newbie to the report this year. The population of the little country, which is sandwiched between Belgium, France, and Germany, is just over 640,000 people. Even though it is not one of Europe’s most populated countries, it is the most diverse. Nearly half of the residents are foreign nationals, representing over 170 different countries. Furthermore, Luxembourg receives nearly 200,000 commuters from its neighbouring nations each day.

Multiculturalism is, without a doubt, one of its most prominent characteristics. It’s simple to see why Luxembourg is one of the happiest countries in the world, given its high GDP, long life expectancy, steady social support, and wide range of outdoor leisure activities (cycling is practically a national sport).

The Scandinavian country dropped one slot to seventh place from last year, but it’s score is actually higher – 7.384 (7.363 in 2021). According to the World Happiness Report, Sweden has the largest number of COVID-19 deaths among the Nordic countries, which may have harmed institutional trust in its citizens.

However, it continues to rank first in social support, life expectancy, and freedom to make life choices, which, along with its abundant natural resources, explains why.

Norway, which is known for its stunning coastline, stunning ports, lakes, and the magical northern lights, was ranked first in this ranking in 2017. It’s easy to see why Norwegians don’t have much to complain about, with a high GDP per capita, universal health care, and good educational options (public education is tuition-free for all students regardless of place of origin here).

Israel’s position in the World Happiness Report continues to improve. It was ranked 12th last year, but by 2021, it had risen three places to ninth, mainly due to the citizens’ strong feeling of community, freedom to make life choices, and long life expectancy.

Israel’s rich culinary and cultural heritage, as well as a variety of natural attractions, greatly contributes towards the lives of its inhabitants, so it wouldn’t be a surprise if the country rose even higher next year.

New Zealand was ninth last year and are tenth in 2022. Some of the country’s assets include its spectacular natural beauties, which are conveniently accessible, and it’s great quality of life.

An excellent work-life balance (a park or a bike trail is never too far away, even in big cities), a laid-back lifestyle, and a year-round environment that allows people to spend a lot of time outside all contribute to New Zealanders’ happiness. Last year, the country had one of the lowest rates of COVID-19 infections and deaths in the world, adding to the high level of institutional confidence.

Now that you know about the happiest countries in the world for the year 2022. Would you like to find out Bhutan’s secret to happiness? Find out by clicking the link here and take 3 minutes only.

Happiness is a place

Happiest Countries in the WorldTravelVacation